There are many types of indoor positioning systems (IPS). Some people refer to them as indoor navigation systems (INS). The systems are also called Realtime Locating Systems (RTLS), a broader term than just indoor systems – RTLS can be outdoor – but RTLS typically refers to IPS and INS.

Why do people need an indoor positioning system? GPS does not work indoors because intentionally weak GPS radio signals cannot penetrate buildings made of metal, concrete, or bricks, and the accuracy of typical GPS (5-10m) is not enough for indoor applications. Thus, indoor positioning systems are required. They work indoors, and they are typically more precise than GPS.

There are systems, for example, based on the Earth’s magnetic field. They don’t need beacons. But such systems didn’t prove themselves robust enough and precise enough for practical industrial applications. Thus, most working indoor positioning and navigation systems today use stationary beacons. The underlying technologies and architectures may differ drastically (for example, time-of-flight vs. RSSI (radio signal strength)), but the majority of those systems are beacon-based.

GPS is a Global Positioning System from the US. Like its siblings GLONASS (Russia), Galileo (EU),  BeiDou (China), and other less-known systems from Japan and India, it is a Global Navigation Satellite System (GNSS) that relies on satellites. Satellites know their position precisely based on the data from the ground stations. The satellites have atomic clocks. Based on the translated position of the satellites and precise clock stamps from the satellites, the mobile beacons can calculate their position using trilateration. But the key for the technology for the system is direct visibility to the satellites, which is usually not the case indoors.

A few quick words about technologies. Among the most popular today are the following:

Since we are focusing on industrial applications (robotics, drones, forklifts, vehicles, humans, cranes, and other machines) where accuracy does matter, far less accurate solutions, for example, BLE or WiFi, are touched only briefly and left for retail, airports, museums and similar applications, where it is sufficient to reach a particular gate or a room but not much more than that. 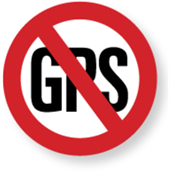 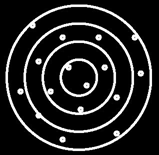 Other types and exotic

No method or indoor positioning system is good for all

Too many contradicting requirements. Users must choose: 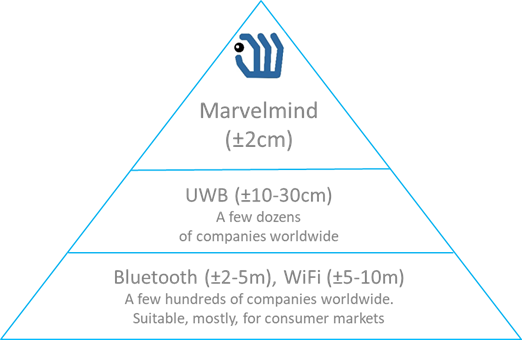 Detailed review and comparison of indoor positioning systems, technologies and methods with focus on industrial applications