Here is a very typical response to our system:
“You did tests outside and they seem to be very precise.
But how do you know that locations from beacons are exact (+- 2cm)?

I mean what reference coordinate did you use to compare?”

There are many questions like this. They are related to each other and very important to understand in detail how positioning system work and how to assess them. Let’s discuss the points one by one.

What coordinate system is used

Greenwich meridian or GPS/GLONASS coordinates are not really relevant when we talk about indoor positioning system (IPS), because your premises are indoor. The premises or the IPS can be anywhere – in Nairobi, underground in Canada, or on Mars – and if the IPS doesn’t have a link to external coordinate system (a sort of georeferencing), the system cannot calculate which part of the world it is even in theory. It can be anywhere. 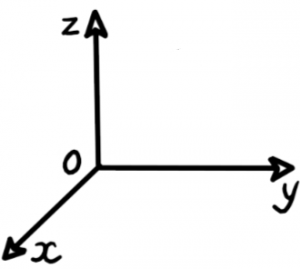 Imagine, you are in a closed room without windows. Your robot is precisely driving indoor using, for example, Marvelmind Indoor Positioning System. But you have no way to measure which part of Earth you and your robot are – the windows are closed. Maybe, while you were driving inside, the aliens stole you from the Earth and transferred to Alpha Centaurus. If you haven’t experienced acceleration, you can’t say whether you stayed or moved or is being moving at that moment and with what speed.

Something similar is already happening to us in real life – not in a hypothetical case with aliens – but in real life and every second. We believe we measure our very accurate coordinates against the Earth, but the Earth is flying several km/s in space against the Sun and it is flying with several tens of km/s against the center of the galaxy, etc. What are my coordinates? Against what?

Thus, we establish that coordinates are always relative.

What is Marvelmind indoor positioning system uses as a relative point?

Marvelmind Indoor Positioning system is using internal (0,0,0) point as a reference and builds a coordinate system against this point.

Driving from point A to point B

Our system is designed, first of all, to guide an autonomous robot from point A to point B. Of course, absolutely the same applicable for autonomous drones, forklifts or even people tracking. All these case are the same for this discussion. But the sake of simplicity let’s discuss autonomous robots. 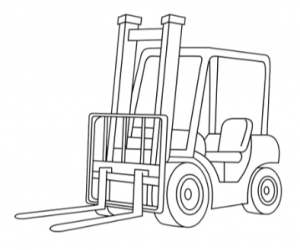 With this approach in mind (driving from point A to point B), it does not matter what the absolute distance between point A and point B measured in meters is. Even when we say “absolute distance” – it is not really absolute. It is a distance related to some arbitrary chosen distance unit – meter. It could be in meters, it could be lengths of the robot, it could be in some units of our indoor positioning system.

Here how it works in practice on an example of a mobile robot:

When you already have an indoor positioning system up and running, your robot is ready to drive, because the robot has coordinates of the point A, the point B and its own current coordinates. The robot’s autopilot will compare the expected location (the next desired waypoint) with the robot’s current location and drive the robot accordingly.

What is important, the robot doesn’t really need to know the distance in meters. Everything is measured in some internal units – inside the coordinate system that is inside the indoor positioning system. Not in meters. 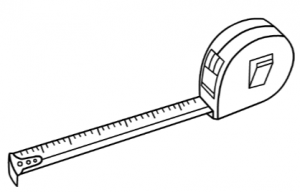 Why do we focus on this so much? Why do we stress that the absolute distances do not really matter and even harm sometimes, when mixed with internal measurement units/distances:

Remember, Marvelmind Indoor Positioning System is, first of all, designed to drive a robot from point A to point B. In order to be very accurate in doing that, we need to have as little dispersion of the measurements of the location of point A, point B and the robot’s current location as possible. 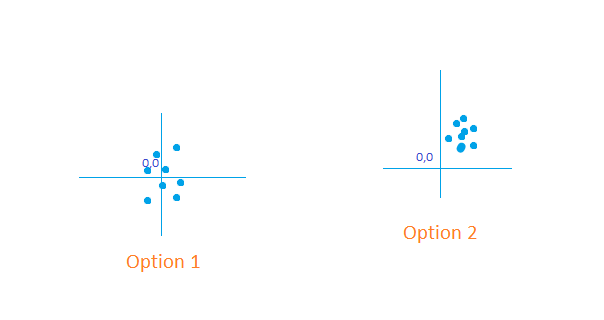 Once again, an absolute shift from an expected point measured in meters or some other measurement units outside of our own coordinate system doesn’t really matter. We must make very precise measurements inside the system: for the point A, point B and the robot’s current location. Then, we will be able to drive from point A to B very accurately and return back very accurately and it doesn’t really matter whether it takes us 10.000m or 10.200m to drive from A to B. Therefore, when we drive, we simply bring the robot to the point A and the Option 2 measures it very accurately. Then, we move the robot to a point B. It can be shifted against some external coordinate system, against and external grid – it doesn’t matter. After we moved the robot, we once again record the measured location of the point B in our indoor positioning system. And now we want to drive back to the original point A as precisely as possible. The correct choice would be the Option 2, because it relatively more accurate and it doesn’t matter that it is shifted in the external coordinate system.

Therefore, if you want to use very Marvelmind RTLS for autonomous driving or flying, we are very good. If you want to use us as an alternative to a laser distance meter – only with calibration and with clear understanding of the limitations (air temperature, first of all).